Tay-Sachs disease is a notorious killer which has been known for about 140 years.  Although it is inherited, the child is born completely normal, and it is only after a few months that something wrong is noted.  The child becomes floppy and passive, sight is impaired, and eventually convulsions or seizures (fits) occur. Very alarmingly, there is a rapid loss of all faculties, so the baby cannot even feed itself and often chokes.  Without the help of a feeding tube, these babies die in the first year or two of life.

Research conducted at the University of Cambridge, and by collaborators in Alabama, has shown that it is possible to cure this condition by gene therapy; by introducing a normal copy of the gene (to supplement the activity of the genes that are slightly altered and inherited from carrier parents) into parts of the brain, it can have a widespread effect in correcting the abnormalities.  In experimental systems, if this gene therapy is given before serious manifestations have occurred, life is prolonged and neurological function is preserved. 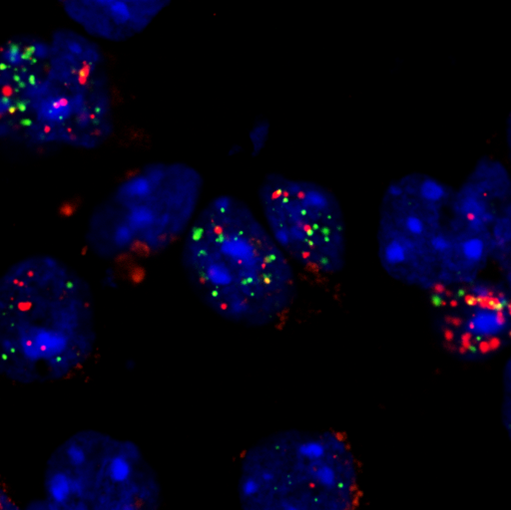 A key experiment showing expression of the corrective human genes in brain tissue over 2 years after a single treatment : red and green represent each of the two subunits of the therapeutic (nuclei of recipient brain nuclei in blue)- from MB Cachón-González & colleagues (2012), Molecular Therapy – Mar 27.

The group in Cambridge, working with charities and Government-sponsored bodies, has been working very hard to develop gene therapy for trials in children, and it is hoped that these will start within the next 18 months from now.  Your donation would assist this work enormously by helping to pay for a professional with the expertise to sort out the complex applications and regulations that are needed to start such a trial, and we very much hope that you will feel able to contribute in the name of Liam and those many children worldwide who, through no fault of their own, have inherited this terrible condition.  Their families, and they themselves, are often without help or hope: your donation would make a huge difference. 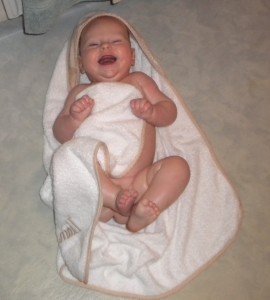