Primary immunodeficiencies (PIDs) are a heterogeneous group of disorders often caused by monogenic mutations that affect normal immune system function or development. PID patients suffer from frequent, severe infections and may also have autoimmune, autoinflammatory or lymphoproliferative manifestation and dysmorphic features. Discovery of the causative mutations helps with the diagnostics of PID patients and may suggest novel avenues for their treatment. Furthermore, studies of PIDs can advance our understanding of the human immune system.

This project emerged from our finding that a novel mutation is strikingly associated with a rare autosomal dominant primary immunodeficiency that combines B cell Immunodeficiency, Limb abnormalities and Urogenital malformations (BILU syndrome). The mutation is located in a gene encoding a type II topoisomerase (TOP2), an enzyme that regulates DNA topology through the introduction of transient double strand breaks. Functional characterization of TOP2 showed that the causative mutation impaired catalytic activity and stability of the enzyme. Bone marrow analysis of the BILU patient showed a complete absence of CD19+ B cell progenitors, but normal T cell and myeloid progenitors, suggesting that TOP2 is critically important for the early stages of B cell differentiation. We further analysed the role of TOP2 in B cell development and function and discovered that it is critically important for the expression of key transcription factors that are known to drive differentiation towards the B cell lineage. To investigate the emerging role of TOP2 in B cell development we used mass spectrometry and characterised its interactome. We demonstrated that in pro-B cells TOP2 is a part of a multi-protein complex that regulates epigenetic control of gene expression and that its inhibition abrogates expression of the key transcription factors known to regulate B cell fate.

Our work discovered a novel genetic cause for B cell immunodeficiency and revealed a previously unrecognised role of type 2 topoisomerase in cellular commitment to the B cell lineage. These results provide an important breakthrough in the understanding of B lymphocyte development. They also open prospects for future treatment of BILU patients. 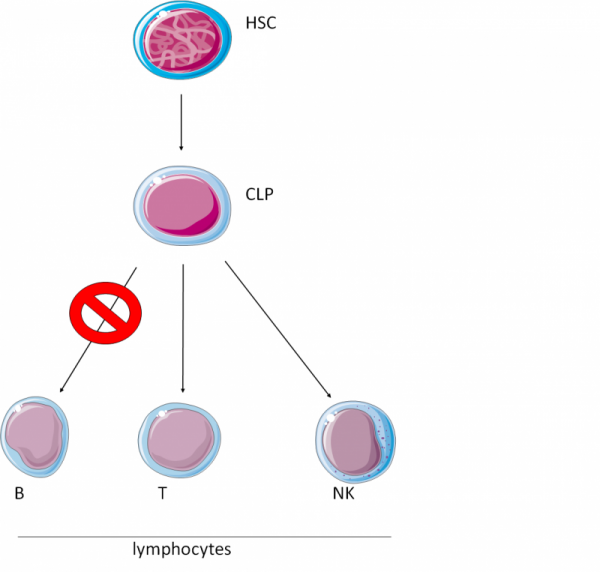 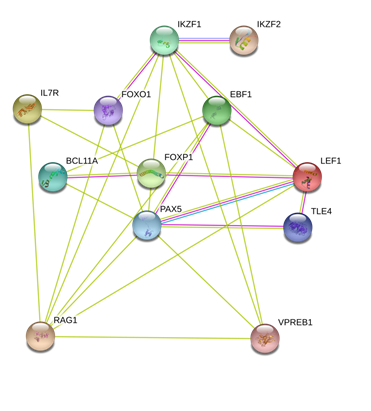