I am interested in how protein-protein recognition regulates TGFb family signalling, how defects in such interaction cause cardiovascular disease and how to employ such knowledge for therapeutic purposes.

There are over 30 TGFb family ligands in humans. Their signals are mediated by forming a signalling complex with one of the 7 type I receptors and one of the 5 type II receptors. These signalling complexes are further regulated by specific interactions with prodomain, co-receptors and ligand traps. The complexity of such protein-protein interaction network fine-tunes the outcome of TGFb family signalling, contributing to the homeostasis of many essential biological processes, such as vascular quiescence, wound healing and immune system.

Human genetics strongly support the importance of this pathway in cardiovascular diseases. Mutations in ALK1 and ENG cause Hereditary Haemorrhagic Telangiectasia (HHT), an autosomal dominant vascular disorder where patients have weak blood vessels in internal organs which can cause unexpected life-threatening bleeding. Mutations in BMPR2, GDF2 (encoding BMP9), BMP10, ALK1 and ENG have been found in patients with pulmonary arterial hypertension (PAH). These patients have elevated blood pressure in pulmonary circulation due to the remodelling of pulmonary arteries, eventually result in right ventricular hypertrophy and death due to heart failure.

Our research on the molecular basis of endothelial BMP signalling pathways has led to a number of novel findings. We reported that BMP9 is regulated by redox-dependent proteolysis, prodomain does not confer latency to BMP10, soluble ENG does not inhibit but modifies BMP9 and 10 signalling in vascular endothelial cells, and the molecular recognition of these ALK1-ligands signalling in endothelial cells. We also show that loss of endogenous BMP9 leads to lung vascular leak in vivo, and have developed BMP9 variants that maintain endothelial protective function but lack the bone-forming activity. Such variants are currently under drug development programme at our spin-out company Morphogen-IX, which I am a co-founder with Prof. Nick Morrell and Dr Paul Upton. 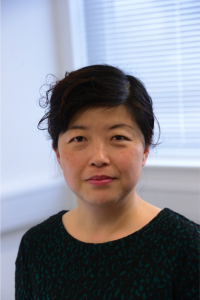